Wow, what a fun climb! A couple of days ago Jeremy, Andrew, and I climbed the northwest face of Mustang peak in the Pioneer Mountains. Not officially named on any map, Mustang peak is also known as Howard peak. Accessible via Wildhorse Creek, the face rises almost 3000′ feet from the valley below. Viewed from afar, this is a beautiful and dramatic peak that looks harder to climb than it is.

We originally wanted to climb the north ridge – the obvious ridge line on the left side of the face. After looking for some beta online, it appeared that the north ridge was an easier route than the northwest face, so we changed plans and decided on the NW face, taking a route similar to one found online but more to the left on the lower part of the mountain.

The approach was very easy – you are able to park within a mile of the base. We made quick work of the bottom half of the mountain and enjoyed the high quality rock as we scrambled higher while the route steepened. Near the top, we pulled out the rope and ended up climbing 3 pitches of easy 5th class – probably 5.4 at the most.

Overall, the route was simple, straightforward, and really fun! The rock quality was as excellent as the views! After enjoying the summit vista and adding our names to the “register” (which consisted of a medicine bottle with a small piece of paper and a pencil in it, to which we attached a red piece of webbing in an effort to make it more visible), we descended the southwest face, said hello to a scraggly mountain goat, hopped back on the trail, and jogged back to the car, with a round trip of about 6 hours. We will definitely be back to this mountain to explore more routes.

(The first photo below, of me on the last pitch, was taken by Jeremy (www.jeremylato.com). All other photos taken by me.) 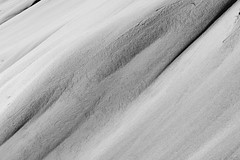 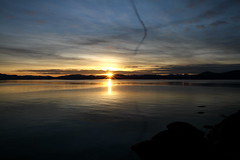 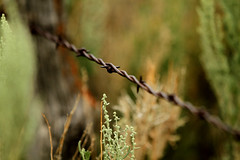 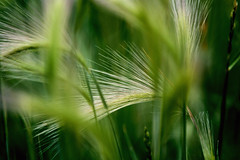 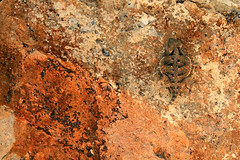 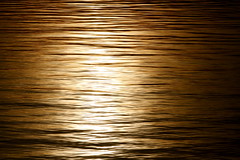